If you are thinking about investing in Bitcoin you might as well flush your money down the toilet by investing in the Egyptian pound.

Even the smartest people are susceptible to the shortcomings of confirmation bias. We search for the data and metrics that support our claims, giving us the answers we want to see.

It was easy enough for engineers and the Silicon Valley tech crowd to believe in Bitcoin, a new kind of self-regulating currency based in the beauty of mathematics. Avoiding the pitfalls of politics, bureaucracy and monetary centralization sounds like a good plan on paper, but the efficient market hypothesis (that free markets will regulate themselves) doesn’t always work in practice. Unexpected ripple effects of the absence of regulation are even messier when financially engineered assets like Bitcoin are involved. 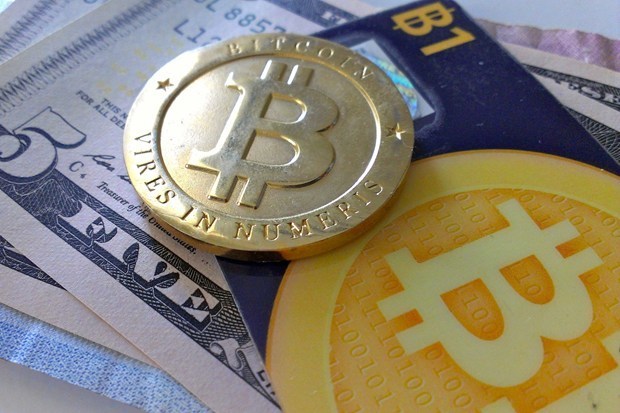 The Fragility of Artificial Assets

No matter how brilliant or elegant an asset may sound to investors, it is as vulnerable to financial crises as any deregulated financial market. Whether e-gold or the derivatives of the US subprime mortgage market, bubbles follow the same patterns for growth and implosion. Bitcoin is an extremely volatile asset by nature because it’s value responds directly to the market’s demand, increasing the exposure to speculative attacks.

Although some saw Bitcoin as a revolutionary currency, it’s actually not a real currency, but instead a volatile asset. Fiat currencies (money) are pegged to real assets and backed by governments, which give their valuation credibility. However, since Bitcoin has no legitimate peg, government backing or regulation, its value rests with the demand of its buyers, holders, and the willingness of merchants to accept it.

Some may argue that money also has no inherent value, and that precious metals like gold initially had value because they were multi-purpose and could be melted down for other uses. However, assets are only valuable as long as they can be traded for liquid cash or other goods and services, and Bitcoin has no other use other than as a cyber currency. Bitcoin mining is not valuable for anything other than creating Bitcoins. Bitcoin is possibly the most valueless asset in history. If people no longer wish to hold or accept Bitcoin, the value will be exactly zero since it has no inherent value, making it an extremely fragile asset.

The value of Bitcoin relies on the holder’s ability to sell it on exchanges (or not). If exchanges go out of business or have outages the value plummets. If enough Bitcoin exchanges were to disappear, the value of Bitcoin crashes (as we are seeing now with Mt Gox), and those holding Bitcoin are left holding a rapidly depreciating asset that may reach a zero value and collapse (look at e-Gold). 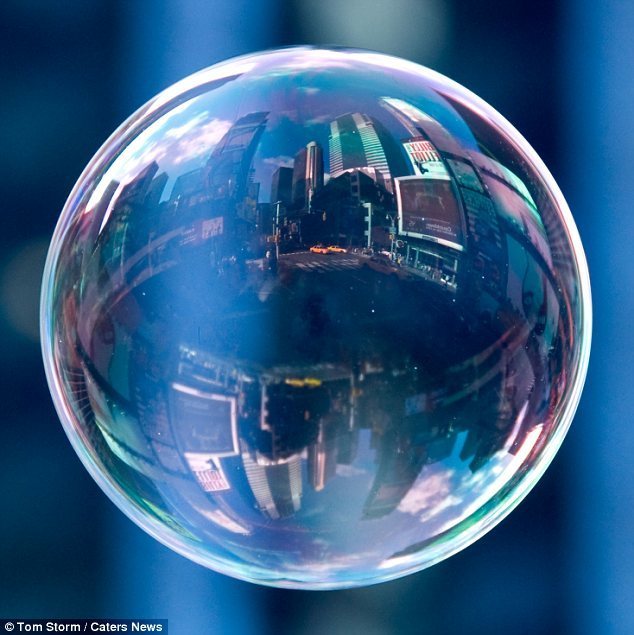 How to Pop a Bubble

Bubbles happen when people purchase assets hinging on the expectation of resale at a higher future price, leading to a spiral of herd mentality, which drives up the asset bubble’s value until it eventually bursts. Unregulated assets have high price volatility, making it possible for bubbles to form quickly and grow big fast, but this means they crash harder when the bubble does burst.

Any event that destroys investor/buyer confidence that creates a panic is enough to pop a bubble and begin the downward spiral. When people get spooked, they rush to withdraw their funds in droves, causing prices to plummet as demand drops. In the case of bank runs, the influx of depositor demand to withdraw their funds from their accounts make the bank go insolvent and fail.

Bitcoin’s founders were ready for the bank runs though. Mt Gox Exchange used their “crisis strategy plan,” stopping the run before it could begin by freezing withdrawals claiming there was a bug in their code. This gave them time to cash-out. 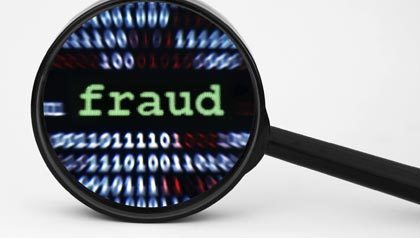 No Protection Against Fraud

While we may dislike the government’s regulation and intervention into financial markets, their oversight prevents moral hazard and rampant fraud. Because Bitcoin does not have government backing, Bitcoin holders are not protected. Mt Gox has been the biggest exchange for Bitcoin, and it’s all anonymous. What would prevent them from eventually seizing or stealing assets on the exchange? Likewise, because Bitcoin does not work through a bank, there is no protection for Bitcoin holders against fraud or their wallets being hacked.

The Mt Gox exchange already moved their office to a virtual location. With anonymity built into the very nature of Bitcoin itself, it makes it easy for the guys at the top to make off with their millions and disappear into cyberspace (or the British Virgin Islands). 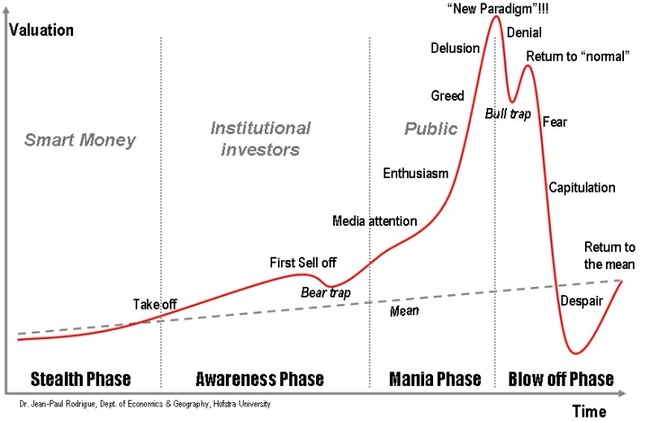 Lessons & Red Flags to Watch For

Asset prices should not appreciate significantly faster than real incomes unless there is a significant change in supply (like a natural disaster). If an asset price is rapidly growing faster than the rate of inflation without a decrease in supply, beware of a bubble.

The prices around asset bubbles become increasingly volatile just before everything eventually collapses, and Bitcoin prices have been all over the board the last 6 to 12 months. Like all bubbles, some people have attempted and successfully made gains from arbitraging values between the price fluctuations of that asset.

As people watch asset prices rise and people make money herding mentality kicks in and many people jump on the bandwagon with hopes of grabbing some of the riches. But by the time the prices have soared to these levels, they are already overvalued and the bubble is already much closer to bursting.

One of the problems with unregulated asset markets such as Bitcoin is the presence of imperfect information. The creators of Bitcoin and the Mt Gox exchange have far more information than the Bitcoin buyers/traders, making them have an unfair advantage in the Bitcoin market and leaving Bitcoin holders unprotected.

While it is difficult to predict the exact time window of when Bitcoin’s value will reach zero, but it will happen sooner or later because it is a fragile asset which retains no real value. Bitcoin will become a lesson in economics textbooks of the classic bubble riddled with scams.

Heather R Morgan is an economist and author who formerly worked in emerging markets. She now does economic consulting for startups in Silicon Valley and around the world.

Contact Heather at heather at salesfolk.com
I’m offering an hour of free consulting for the month of March, so drop me an email if you want to set an appointment. My specialities are content marketing and user acquisition, but I’m happy to help you however I can.

With the latest Turkish twitter ban, Turks are questioning whether Erdogan fears tweets leaking sex tapes from AK party officials, his own dirty secrets, or is just using this as a distraction from his other political fails. Erdogan’s... Continue →